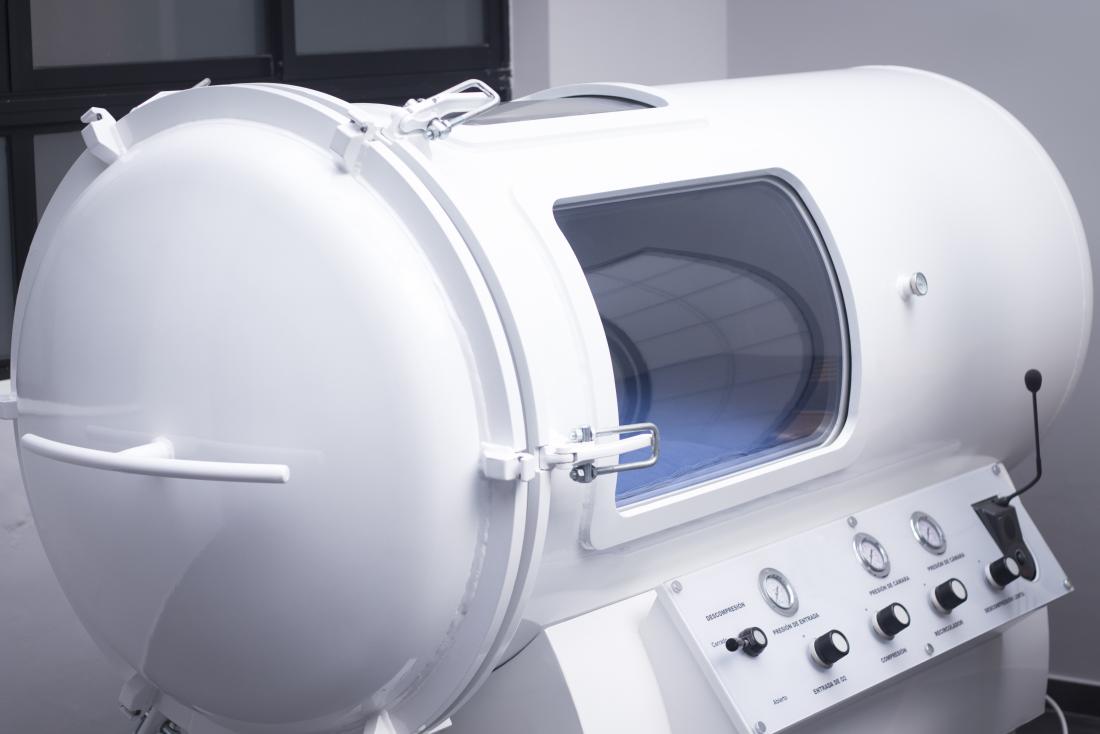 Diseases associated with the central nervous system incorporate a diverse set of pathologies.[1] However, the two most dominant adult neurodegenerative diseases in the United States, namely stroke and traumatic brain injury (TBI), affect a large array of people.[1] The American Heart Association found that stroke is responsible for 130,000 deaths each year, making it the fifth-leading cause of death in the United States. Stroke is the number one cause for long-term disability in the United States, making the associated health-care costs surpass $33 billion per year.[2] In 2013 alone, TBI led to 2.8 million emergency room visits, hospitalizations, and deaths, while approximately 3.1 billion people were living with this disease with the health-care cost of $76.5 billion in 2012.[3,4]

Stroke and TBI utilize similar pathologies for the primary and secondary cell death mechanism, which results from recurring neuroinflammation.[5] An important pathological feature includes the creation of a necrotic tissue core, which becomes irreparable after stroke and TBI.[6,7,8] Secondary cell death of stroke and TBI have been linked to the breakdown of the blood–brain barrier (BBB), which allows for inflammatory cytokines to cross the BBB and ultimately increase inflammatory response, thus damaging the outcomes.[9] Additional neurodegeneration following the damaged BBB has been found due to factors such as oxidative stress, apoptosis, and mitochondrial dysfunction.[10,11,12,13]

Hyperbaric oxygen therapy (HBOT) has been presented as a possible treatment for TBI and stroke.[14,15] This method uses a pressurized chamber of 2–3 absolute atmospheres, which results in hyperoxygenation of tissues, thus inducing angiogenesis and the recruitment of progenitor cells to the damaged regions.[16,17,18] HBOT can be used for patients with open wounds from burns or diabetic ulcers.[19,20] The chronic stages of stroke are a possible window for HBOT to be used, as the acute stage is more difficult and in need of higher technology to successfully accomplish this therapy.[14] This therapy works to alleviate impairments associated with strokes such as memory loss, language, and comprehension deficits.[14,21] The unpredictable occurrence of TBI impedes the usage of HBOT as treatment for brain trauma patients.[22] Secondary cell death has become the main target for HBOT treatment, as reduction in the levels of inflammatory cytokines has been associated with limiting peri-infarct/peri-impact tissue loss.[23,24] There is still more to investigate surrounding HBOT and the sequestration of inflammation.[25]

THE EFFECTIVENESS OF HYPERBARIC OXYGEN THERAPY

This study illustrated the effects of HBOT preconditioning as a therapy treatment against cell death that is associated with neurodegenerative diseases, specifically stroke and TBI. The study found that when primary neuronal cells were subjected to HBOT preconditioning before an inflammatory insult, there was a reduced number of cell deaths. On further investigation, the study discovered an increase in the number of astrocytic mitochondria found in the primary neuronal cells. These findings indicate that HBOT can reduce the inflammatory response of the neuronal cells through the transfer of mitochondria. The function of mitochondria is important in stroke and TBI since it plays a role in the secondary injury mechanism.[41,42] However, using HBOT preconditioning as a treatment for these diseases has provided mixed results ranging from therapeutic to harmful.[14]

The use of HBOT as therapeutic treatments has only been discovered recently. Studies have proposed a variety of mechanisms that allow for HBOT’s positive effects, such as reducing inflammation and stabilizing the BBB.[43,44,45,46] These mechanisms are associated with the destruction of mitochondria which led the current study to research the role of mitochondria as a target of HBOT.[47,48] After stroke, the transfer of mitochondria was observed lining up with the research.[34] This discovery forms the possibility of an HBOT treatment for individuals at a high risk of the diseases by providing a way to reduce secondary cell death. The current study was able to detect an increase in astrocytic mitochondria in the primary rat neuronal cells of the HBOT treated group using Mitotracker labeling.

The study demonstrated that the HBOT treatment was tolerated because the cells remained viable marking this a safe and effective procedure [Figure 1]. It was also found that the mitochondrial transfer occurred almost immediately after the HBOT treatment and lasted for around 20 min after the treatment ceased. Using HBOT treatment for a short period induces neuroprotection and protects the cells from the effects of prolonged HBOT.[50,51] This study had some limitations. The images that were collected were taken after the HBOT, which prevented the researchers from accurately detecting the beginning of the mitochondrial transfers.

Stroke impairs the mitochondria in cultured cells, which is repaired by hyperbaric oxygen therapy

Although this study demonstrated a single HBOT treatment, multiple short HBOT treatments may also provide a functional result due to the neurological deficits caused by stroke and TBI. Additional studies will continue to occur exploring both post- and pre-injury HBOT. To begin using this treatment at the clinic, a trial will need to take place with a population of individuals who are at a higher risk of these cerebrovascular injuries. HBOT treatments will need to be observed in in vivo disease models. To find the safest and effective treatment of HBOT various trials under different conditions will need to be tested.[52] Recent studies have been able to test HBOT treatments on rodent models allowing them to find successful protocols.[53]

THE POTENTIAL OF HYPERBARIC OXYGEN THERAPY

Following the Food and Drug Administration regulations, HBOT will be implemented in clinics once treatments are revised for human.[19,20] HBOT preconditioning provides a possible treatment for inflammation associated with many cerebrovascular diseases. HBOT can be an alternative method to other treatments for TBI and stroke such as invasive procedures such cell transplants.[54] The astrocytic mitochondrial transfer to neurons acts as a mechanism of HBOT to provide protections against inflammation. This ability to limit damage done by cerebrovascular injuries in high-risk individuals may reduce the burden of these diseases on our economy.

Revascularization has been explored as a stroke therapy method; however, new research points to nondrug neuroprotective therapies such as oxygen therapy as a way to prevent brain damage that results from a stroke.[55] An ischemic stroke occurs when the blood supply to the brain is blocked, therefore depriving the brain of sufficient oxygen.[56] Studies have shown that HBOT can minimize neurological impairment caused due to a stroke by increasing oxygen supply, therefore reducing ischemia injury.[56] HBO preconditioning performed on rats has also been found to enhance an enzyme that protects against MCAO.[57] Along with HBO, normobaric oxygen (NBO) therapy has been explored. In contrast to HBO, NBO administers 100% oxygen at one atmosphere. Studies have shown that NBO counteracts hypoxic conditions induced by an ischemic event.[58] NBO protects the BBB from damage by inhibiting an NADPH oxidase enzyme complex that is unregulated during a stroke.[59] HBO therapies have been administered following an ischemic event. Results from a study show that these therapies had neuroprotective effects by facilitating the BBB integrity.[60,61,62,63] In a different study, focused on neuroprotection mediated by hormetic mechanisms, hormetic dose responses were observed as decreasing the amount of damage caused by stroke and TBI.[61] Along with these stroke therapies, one study found that transplanting amniotic fluid stem cells may help reduce the damage caused due to a stroke by promoting neurogenesis.[64] Stem cells are a viable option for stroke treatment since they can initiate regenerative processes in the brain.[65]

Mitochondrial dysfunction has been discovered to play a role in the neural damage that results from an ischemic event. There is evidence that transferring healthy mitochondria from stem cells to replace ischemic-injured cells is a viable method for treating damaged cells.[66] 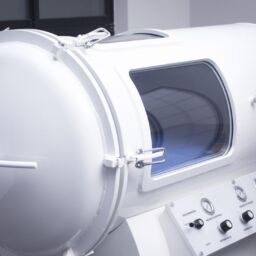 Blast-induced traumatic brain injury (TBI) and post-traumatic stress disorder (PTSD) remain the two most common afflictions of U.S. military service personnel who served in the Iraq and Afghanistan Wars. A Rand Report1 estimates that 300,000 (18.3%) of 1.64 million military service members who have deployed to these war zones have PTSD or major …..